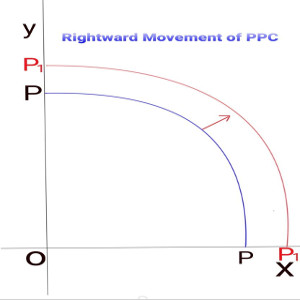 Arguments in Favour of :- 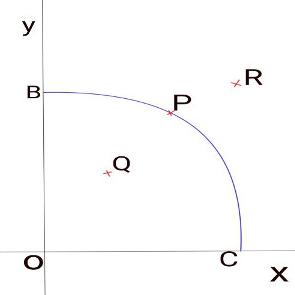 The cost of forgone alternatives is called opportunity cost. Example. Instead of buying watch, I bought a book of ₹200 yesterday.

In a centrally planned economy, the government o r the central authority plans all the important activities in the economy. All important decisions regarding production, exchange and consumption of goods and services are made by the government. On the other hand in a market economy, all the important decisions are made on the other basis of demand and supply conditions. The central problems regarding what and how much to produce are solved through the coordination of economic activities brought about by the price signals.

Production Possibility Frontier is defined as a curve, which shows the various combinations of two commodities that can be produced with given technology and the resources which are fully and efficiently utilised. 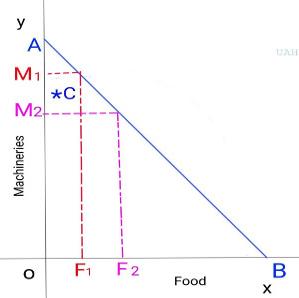 We have scarce resources and there is a problem exist, what to produce? and in what quantity?. Thus, we are taking the help from the production possibility curve. It tells us how we can combine two goods that can be produced with the given resources on the assumptions.

The shape of PPC is determined by its slope, that is marginal opportunity cost. If MOC is increasing then shape of PPC will be concave to origin. Its shown in the below diagram. 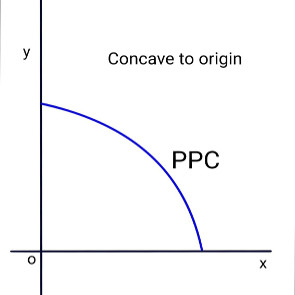 If MOC is decreasing , then the shape of PPC will be convex to origin. It is shown in the below given graph. 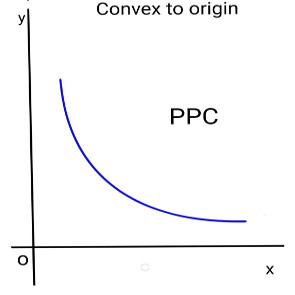 If MOC is constant , then the shape of PPC will be linear. It is shown in the below given graph. 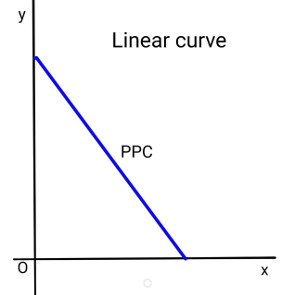 In the above given schedule , MOC in each possiblities are equal. It shows constant MOC. In such a case, its PPC will have linear shape.

The topic of my seminar is “Central problems of an economy”. The paper is structured into 4 parts. The first part is Introduction. The second party is an explanation of the central problems. The third part explains about how different economic systems solve these problems. The last part concludes the paper.

In the course of basic economic activities every society has to face scarcity of resources and that gives rise to the problems of choice. This problem involves taking decisions regarding what to produce and in what quantities?, how to produce and for whom to produce?. This can be explained below.

What to produce and in what quantities?

Every society wants thousands of goods and services. Since the resources are scarce, all these goods and services cannot be produced. The for the crucial decisions regarding what to produce has to be taken. Once this decision is taken, the next issue is to decide in what quantities, they are to be produced.

For whom to produce ?

It is related with the issue of distribution. Distribution involves division of the National Product among the four fighters of production such as Land, Labour , Capital and Organisation as Rent, Wage, Interest and Profit. This is called functional distribution. The question for whom to produce is decided by the purchasing power of the people.

3. How to solve this economic problems?

Its just a contribution to my favourite subject Economics. I think that this will help many students. If you find any errors in these questions and answers inform me. 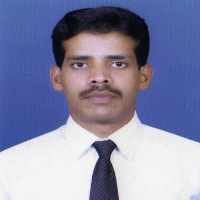